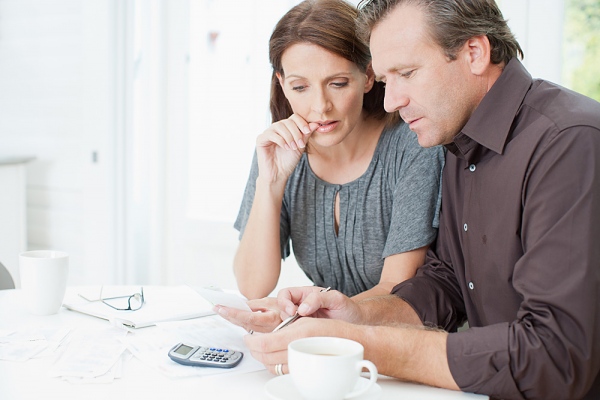 Why These 3 Financial Lies Guarantee Divorce

What if we could tell you three things that would guarantee the end of your marriage? Are there certain financial lies that guarantee divorce?

Would you listen? Do you even think you need to? What really transpires between “I do” and “we’re done” anyway?

Every relationship is unique, but if you’re not careful, these three things will guarantee divorce.

Three Financial Lies that Cause Divorce

Don’t tune out because we’re talking money, not sex. Divorced couples said money was the #1 reason they split up, more often than any other reason. And it doesn’t matter how “well off” you are. Whether you’re loaded or limping along, sneaky spending ruins relationships. Less-than-honest spending looks different for every couple. And some personalities struggle with sneaky spending more than others. Sometimes it’s large amounts, but often it’s small potatoes, or at least it starts that way.

Don’t think there’s sneaky spending in your marriage? How about the forgot-to-mention credit card, saying the bar tab was $60 when it was really $260, quietly investing in the next big thing, funding your buddy who’s always just “a little short,” hiding receipts, or borrowing money to cover past mistakes? They all add up to dishonesty in your marriage, and can potentially lead to divorce.

Take Sue and Jamal: a young, successful, ladder-climbing couple with a new home and two enviable paychecks. Jamal dreamed of a strong woman by his side. He had big career aspirations, maybe even a political future, and he wanted a soulmate and a woman who could look the part. Sue was perfect and always looked stunning. He loved that about her and Sue knew it.

Sue also knew Jamal had no idea what it cost to “look this good.” So when he began to question her purchases, she saved him the pain (after all, he couldn’t handle a day in her lowest Jimmy Choos), and opened her own credit card to handle her “necessary” expenses. Jamal didn’t need to be bothered. But “bothered” does not begin to describe Jamal when he will eventually open a rather fat letter and reads about Sue’’ overdue credit card bill. Sue’s purchases started small but grew beyond the tallest stiletto before she realized it.

Sneaking around, even if we’re only talking about money, guarantees divorce.

But wait, in this economy, how could saving ever be wrong? When you don’t trust your spouse enough to tell him or her about it.

Carolyn Hax, a columnist for The Washington Post, recently told a reader questioning her husband’s honesty in their marriage that “the advantages you have are intimacy, transparency, and trust” and if you torch those, your marriage goes up in flames. Just like Sue’s sneaky omission of the facts with Jamal, a spouse secretly hiding money forfeits the “transparency and trust” and commits the same crime.

Take this email we recently received from a heart-broken empty nester. Kathleen is the mother of two daughters in college. Her girls chose schools far enough from home where she didn’t see their dirty laundry, but close enough their holiday table was noisy and full.

Kathleen’s husband ran a tight financial ship, but she never felt the kids suffered tremendously because of it. Although, as young girls, they wore Sears clothes instead of matching Gymboree outfits, played soccer in the yard versus expensive league play, and wore hand-me-down Prom dresses. Kathleen’s “go without” list bothered her over the years, but she’d been told the money was tight. Little did she know, her husband had been socking away hefty piles of cash he never let on they had. When the first student loan bill arrived, Tom wrote an enormous check from an account Kathleen had never heard of. Kathleen was stunned.

On the one hand, she was thrilled. But she was also bothered that they had never talked about it. All that money, for all those years, and she never knew about it. Kathleen thought, “So the girls could have picked out new dresses for the Prom?” How do you go back and do that now? Kathleen knows you can’t. Had Kathleen known about Tom’s savings she would have still run a thrifty ship, but she would have loved an occasional splurge — if only she’d known. Why didn’t Tom trust Kathleen with the truth?

Secrets are a great way to guarantee a divorce.

The third way to guarantee divorce is to justify your sneaky money lies. You tell yourself your situation is different. Your secretive behavior is for the good of the marriage. Like a little day trading. She thinks it puts that bigger house within reach before the market bell rings, maybe. Or he thinks his sister always got a raw deal with mom and dad so paying off her car loan seems only fair. Insert your immature rationale for your less-than-honest, less-than-transparent money behavior. Tempting, right?

But surprise, no one likes surprises. Surprises can lead to divorce. But we can’t be all doom and gloom. Because it doesn’t have to be that way! You can overcome or avoid all three of these marriage killers. You can stop it right now, and move forward by coming clean, forgiving each other, and building new patterns in your life and your relationship.

Secrets suffocate your relationship. Remove their toxic stranglehold and breath easy together, forever, or face the painful possibility of divorce.

Get help today with our FREE scientific & confidential online Money Personality Assessment or pick up our book The 5 Money Personalities: Speaking the Same Love and Money Language.

Where are money lies sneaking into your marriage?

Leave a comment or ask a question below. We’re here to help you.

2 thoughts to “Why These 3 Financial Lies Guarantee Divorce”